The San Francisco Symphony started the New Year and their music director Michael Tilson Thomas’s 25th and final year with a brilliant concert. The ovations given to MTT promise that his devoted audience will not let him go easily. Among his many gifts, Maestro MTT is a magician of the art of program design. January 5 – 12, SFS and MTT presented Overture to Benvenuto Cellini, Opus 23, (1837) by Hector Berlioz; Meditations on Rilke (2019), by Michael Tilson Thomas; selections from Des Knaben Wunderhorn (1892-1898), by Gustav Mahler; and La Valse (1920), by Maurice Ravel. Each work was performed with zest, deep feeling, flawless musicianship. There was a distant but worthy relationship between Meditations on Rilke and Des Knaben Wunderhorn that increased the audience’s appreciation of both. Do you have a great-uncle who is related only by marriage to someone who is your great-aunt living in another state, but you are crazy about him? It’s that kind of relation. 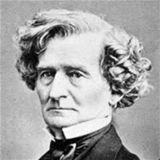 The Overture to Benvenuto Cellini premiered in Paris, in 1838. The Overture was a hit, but the opera for which it was written was not. The story goes that all composers wanted to have their music performed there; regrettably, performances there were famous for being sloppy and under rehearsed. “The Overture was extravagantly applauded,” wrote Berlioz, “the rest was hissed with exemplary precision.” What a grand disappointment! The Overture in the SFS’s rousing performance on January 12 was full of musical interest from gorgeous melodies to a lively allegro. There is a melody for the woodwinds that represents Harlequin at a carnival. In fact, the Overture has so much character and rhythmic variation that it could be heard as a compact opera in itself. Far from a lightweight curtain opener for the evening, this Overture deserves the fine performance it received. Hearing it again will reward the listener with more insight to its structure and colors and great enjoyment. 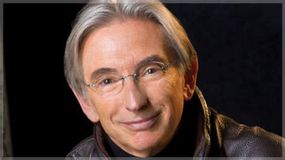 MTT has composed other works in which a text is the inspiration or accompaniment for the music. These include Three Songs to Poems by Walt Whitman (1999); Poems of Emily Dickinson (2002); and From the Diary of Anne Frank (2018) for narrator and orchestra. The premiere performances of Meditations on Rilke at Davies Symphony Hall, Jan. 5 -12, created a great event. In addition to the SFS, mezzo-soprano, Sasha Cooke, and bass-baritone, Ryan McKinny embodied the Rilke poetry which became exciting and lovely songs as MTT created them. The singers were a great pair for these songs. The composer-conductor tells that these songs came about by reflecting on events in his father’s life. A fine pianist, his father and friends got stuck without money in Oatman, AZ. His father filled the cafe-bar’s need for a piano player. His playing merged classical works, Gershwin and Irving Berlin songs with performances of requests such as the Bear Fat Fling. It is not 100% clear how that experience in the 1930s relates to MTT’s choice of poems by Rilke for his new songs, except that the Rilke works do resonate with sounds originating in contemporary classical music, maybe a bit of Mahler, perhaps a reference to Schubert, but over all Michael Tilson Thomas. This work was a huge favorite with the audience and has dazzling musical complexities woven in among the moods and melodies that unite it.

Rainier Maria Rilke is read by some to be a mystic and by others to be an existentialist poet trying to find peace in a time of anxiety and isolation. His work is lyrical and searching, such a fitting partner to MTT’s music. His consolation for his readers was “Be patient toward all that is unsolved in your heart and try to learn to love the questions.” The San Francisco Symphony promises the release of recordings of this and other MTT music later this year.

Four Songs from Des Knaben Wunderhorn provided a brief but satisfying venture into Mahler-land, a destination MTT has made his own. Sasha Cooke returned to sing the folk song styled works from a collection that was published in 1805. The Romantic movement embraced the music and stories of national or ethnic origins, even when it was written and arranged anew. The four songs performed by the SFS and Ms Cooke expressed the trials of living in the country, loss of love and loss of life. The songs might begin with a cheerful outlook but also  were somber and alluded to barely hidden sadness. Ms Cooke delved into these emotions with understanding and appreciation for both the lyrics and the wonderful music. It was a performance revealing a root of the Romantic experience of life. 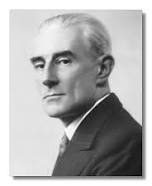 La Valse, poeme choregraphique pour orchestre is such a fabulous, swirling piece that the listener feels as though she has been lifted up, repeatedly turned fast in the air, and, before long, danced so quickly and become so dizzy that she sails through the air forgetting that eventually she will fall. It is an emphatic, ever growing dance that dances itself. The room spins, but the dance does not care. Ravel originally planned a tribute to Johann Strauss. By 1920, after World War I and the destruction of much of a generation, the gracious image of waltzing was no more. The sound of this work becomes a terror. The ballroom where it takes place seems haunted by evil. It is a piece of music not to be missed, especially if the listener is willing to imagine himself in that scene and, by doing that, understand better the cost of war. Bravo, Ravel! Bravo, San Francisco Symphony!