For the longest time, I thought that tune was an American folk song, like “Shenandoah,” or even “Sweet Betsy from Pike.” Not so. Instead, it is entirely original and at the heart of From the New World, Symphony No. 9 in E minor by Antonin Dvorak. There’s a lot of commentary about how he wrote it. He lived in New York in 1892. A determined visionary, Jeanette Thurber, wanted to create the National Conservatory of Music, a place where students of any gender, race/ethnicity, or economic background could study with the finest musicians. She really did make it happen and brought Dvorak to lead it. He and most of his family came from Bohemia, staying, with only one return to Europe, until 1895. He enjoyed the African-American music he heard, ragtime, and the nearly authentic Native American music he heard at Buffalo Bill Cody’s extravaganzas. And yet, Dvorak was not a researcher. So, how did this great-hearted symphony come to Dvorak? It is true that he said, “I am now satisfied that the future music of this country must be founded upon what are called the African American melodies,” but the symphony, written in 1893,  is definitely his own and written as a European symphony. Dvorak is the de Tocqueville of great music. Just as that young Frenchman came to America and immediately understood what was going on here, Dvorak came to the US and wrote masterpieces which to our ears are our masterpieces expressing a truth about America better than anyone else. It was a truth about who we wish to think we are. On June 1, 2013, The San Francisco Symphony, conducted by Juraj Valcuha, performed it with all the energy, optimism and yearning that propels this great, humane work. Nostalgia for a place that may never have existed, except at the core of our values, entwines with musical invention and insights. Two years later, in 1895, Dvorak wrote Cello Concerto in B minor, Opus 104. The June 1, 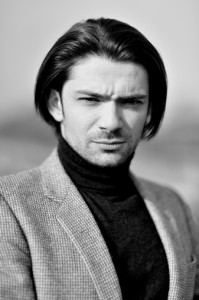 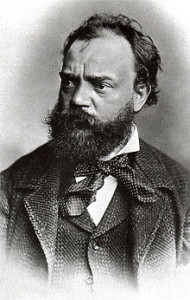 soloist, Gautier Capucon, played the astonishing concerto with power and understanding. While it is the cello’s piece, the opening movement features a breathtaking horn solo. There is a virtuosic, dancing pace and the introduction of one of Dvorak’s songs which returns near the close. I am sometimes amused and amazed by critics’ commentaries on performances I have attended. One writer in order to praise Capucon mentioned that his playing managed to rise above this old warhorse of the classical repertory. Taking nothing away from Capucon’s masterful performance, one must remember he was performing this particular music, and it is earth shaking music. It opened a magical door to the cello. Allowing us to hear what poetry could come from that instrument, Dvorak pushed the symphonic world into a world of more and different sounds. Hearing it, Brahms said, “Why in the world didn’t I know one could write a cello concerto like this? If I’d only known I’d have done it long ago!” That’s good enough for me. Photos (L to R) G.Capucon, A.Dvorak, J.Valcuha.

If I had been given the chance to choose a Beethoven program to attend, it would not have been this one with Missa Solemnis as the big Beethoven event. It even had another Missa in the first half; this one by Palestrina. Lucky for me that Michael Tilson Thomas is a gifted programmer and also takes his musical educator role so seriously as he does. The concert by the San Francisco Symphony and the SF Symphony Chorus was beautiful, complex, inspiring. I wanted it all to happen again immediately.

The Palestrina work opened the program. In fact, it had the effect of opening the whole symphony building. By its conclusion, it seemed that the roof of the hall had lifted up and opened as the walls expanded infinitely. This is an all choral piece, no accompanying orchestra; the San Francisco Symphony Chorus performed so well that they seemed to disappear, leaving pure sound to occupy the ever expanding space. This was the first SF Symphony performance of Palestrina’s Missa Papae Marcelli (Pope Marcellus Mass) from the late 1550s or early 1560s. The audience, eyes open with surprise, floated to intermission. The word “balance” appeared frequently in the program notes, and balance is the answer to put into earthly terms the sense of perfect peace achieved by this work.

With Beethoven’s Missa Solemnis the SF Symphony, SF Symphony Chorus, soloists Laura Claycomb, soprano, Sasha Cooke, mezzo-soprano, Michael Fabiano, tenor, Shenyang, bass-baritone, Conductor Michael Tilson Thomas led the listeners into a different world. Here the energy, tumult, desperation, exaltation of every breath of life for all time engulfs the audience. As prayers of praise, for forgiveness, and sanctifying blessings pour forth, the voice of the music is sometimes the human lost, sometimes the human awed and humbled, even the human sensing glory.

In the Gloria (Glory be to God on high, and on earth/peace to men of good will.) the rhythm goes from walking steps to a levitation into air. In Sanctus (Holy, holy, holy) at the line Benedictus qui venit in nomine Domine (Blessed is he that comes in the name of the Lord) a single violin comes between soloists and chorus in a piercingly beautiful line that sounds like sweetness and truth if they had a sound.

This is the work that Beethoven devoted the most time to create. It has the richness of his understanding of life and complex devotion. It reminds me that music is a physical thing that changes the air it moves through and so might change the heart that hears it.

The Lively Foundation presented The Gold Rush! to more than 1000 students in 3 different counties, 4 cities, 5 schools with audiences of students and the schools’ teachers and administrators. Thank you to our Lively supporters who make it possible for our educational and entertaining performance to reach so many! These pictures are from May, 2013. 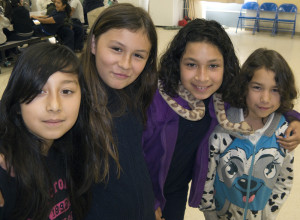 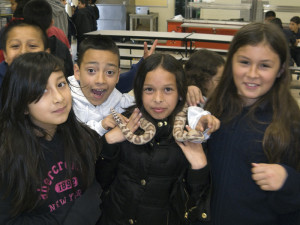 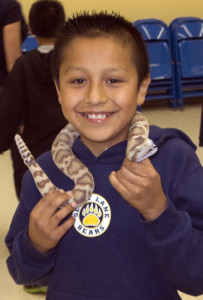 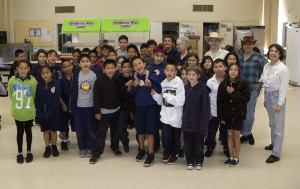 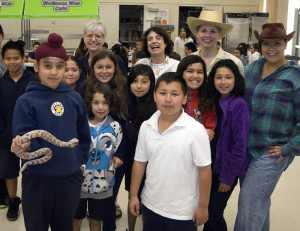