Painting Arcadia is the title of a landmark exhibition of works by French artist, Pierre Bonnard, who lived 1867-1947. The 75 works on display make a gorgeous show. It will be at the Legion of Honor, San Francisco, until May 15. Hedgehog readers should go very soon so that they will have time to go back and see it all again. Oddly, there has been controversy about the title. Should it really be called “Arcardia?” Aren’t there dark notes mixed in with all the sunshine? If he is a great artist, surely he could not be so superficial as to be painting Arcadia? This viewer comes down on the side of the correctness of the title. Arcadia was a mountainous region of ancient Greece whose populace was known for being contented in their simple, pastoral life. The word has come to mean anyplace, real or fictional that offers a peaceful life. Right, it’s not Painting Olympus; we are looking at beauty in ordinary, middle class life. The world near Bonnard was filled with women, croquet players, cats, actually quite a lot of cats. It is a world of humans and so could not possibly be without its dark notes, but they are dark notes within a sunlit world.

Handsome and intelligent, Bonnard could have done well as a lawyer and satisfied his father. He painted instead. In the early years of his career, he identified as part of the self-named Nabis. Influenced by Paul Gauguin, the Nabis found their subjects in everyday life and favored brilliant color. Their title, Nabi, is Hebrew for Prophet. Bonnard was deeply interested in the Japanese prints which made their first appearances in France while he was beginning his work. Their impact shows up in his flattened perspective and planes of color. The cats reflect, if not an influence of the Japanese artists, then agreement on interesting shapes and movement.

Cats and dogs, indulged with treats and taken along on picnics, were an essential part of the life represented by Bonnard and also offered extraordinary liveliness and character to his depiction of breakfast tables and living rooms. His interest in these settings is for their resources as design not for a sociological study. A woman’s blouse matches the design of the wall paper behind her. Part of the whole picture could have the impact of an abstract design even though there are recognizable individuals, chocolate, biscuits.

The overall impression from this writer’s first visit? Color. Bonnard’s world either was full of intense yellows, pink, and the deep, heavy green of summer, or this was the part of his world he chose to celebrate and honor forever. It is a world of white cats stretching on breakfast tables, choosing to pose in the exact spot where their ideal, feline forms will be highlighted by the well lit back drop of the mistress’s checked blouse. The painter’s lover relaxes on a bed, comfortable in her nude body and happily playing with her cats on the bed. A man, we assume Bonnard, stands to one side. Also nude, he is separated from woman, bed, and the happy encounter with the cats by a curtain. The onlooker does not know if he is arriving or departing. His strong vertical self balances the design with the roughly circular pattern made by the woman and the cats. We are allowed to look onto this intimate moment. The man is slightly in a shadow; the woman, looking downward at the cats, is in a warm though not bright light.

Yes, this is Arcadia. Our real world, so full of light, the color yellow, the leafy summer green, dogs, cats, and time for love; what else could it be. Misia plays the piano. Madame lets her cat lick the chocolate off her spoon. Each breath a moment in what may as well be paradise. From June, 2010 to Jan., 2011, San Francisco hosted two extensive, grand shows of French Impressionist art on loan from the Musee d’Orsay, Paris. A surprise star of the show was the collection of works by Pierre Bonnard. The current exhibition offers a unique opportunity to see Bonnard through his life time works. Bay Area museum goers and the many visitors from everywhere else owe Diane B. Wilsey, President of the Board of Trustees, and the late John Buchanan, former Director, a heartfelt, “Merci millefois.” pictures from top: photo of P. Bonnard; The White Cat, 1894; Self-Portrait, young; Woman and Cat, 1912; Self-Portrait, older. 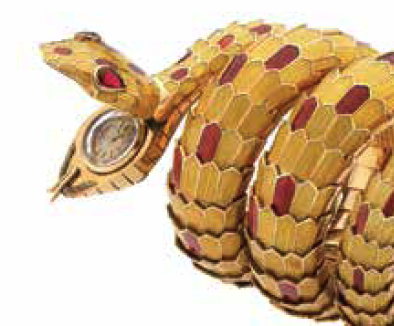 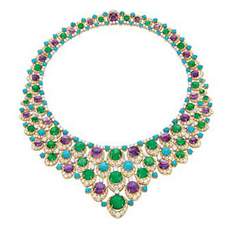 They are like beautiful candy but without the calories! Those were the perfectly descriptive words of wisdom of Mrs. Diane B. Wilsey, Pres. of the Board of Trustees, Fine Arts Museums of San Francisco, in introducing the exhibition to the press. There was a movie star atmosphere at this press preview. Reporters for print, tv, and online outlets rushed to find seats. There were no seats. There were Very Special people in front of the room. The reporters trailed nearby hoping to understand whatever was being said whether in Italian or English or both. One or two individuals were checking out shoes in order to determine who was someone Very Special from Italy. The theory, usually sound, would be that the Very Special Italians would be wearing Very Special Italian shoes. While the chattering continued, some of the press decided to take the opportunity for just one more bite of goat cheese quiche. The Museum Director and others who had been seated rose to join the chattering class. Mrs. Wilsey had to repeat, “Good morning, Ladies and Gentlemen,” three times before the press, perhaps not used to being called with those titles, came to attention. Mrs. Wilsey recalled the time when she was a little girl living in Rome with her family and, age 11, received the gift of a Bulgari ring from her father. She wore the ring that day. The history of Bulgari (accent on the first syllable) presents a fascinating relationship to the history of European and American culture. In the early 1950s, there were those who considered it bad taste to wear yellow gold jewelry at night. Mixing colored cabochon stones was not done. Bulgari revolutionized jewelry by freeing designs from the formal restraints of platinum and white gold. Bulgari works were the favorite of international stars like Elizabeth Taylor. Her husband, Richard Burton, claimed the only word Elizabeth knew in Italian was Bulgari, that “nice little shop.” Andy Warhol considered it the most important museum of contemporary art. The design collections reflected the era of flower power, changes in hem lengths, and many threads through which art created the wider culture. Jean Christophe Baban, Bulgari director, explained that Bulgari respects the difference between luxury items and art. The master jewelers of Bulgari find ways to glorify particular stones which nature created over millions of years. He said that diamonds are an “easy way” to sell jewelry, but it takes more to use different stones and turn them into something rarer still.  The exhibition includes 145 objects; two thirds of them are from Bulgari’s heritage collection. The visitor will find brilliant colors and surprising shapes in jewelry often combining precious and semi-precious stones. The design of the exhibition itself engages the eye with dramatic lighting and appropriately jewel-box like display cases. For this visitor, the watches made to resemble bejeweled serpents were a favorite. Did we misunderstand the true story of Cleopatra and the asp? When Cleo lifted the slender snake to her throat was she thinking of personal adornment, not death? Was the asp anxious to assert its own splendor as a natural jewel? Did it strike out of rivalry with the Queen’s beauty? Here we have proof that Shakespeare was not the pen name of a woman; his sister might have thought this through more carefully. See The Art of Bulgari: La Dolce Vita & Beyond, 1950-1990, at the de Young Museum, Golden Gate Park, San Francisco. It opened Sept. 21 and stays through Feb. 17, 2014. Remember: Christmas is coming! Photos at top: Snake bracelet watch in gold, enamal, rubies, Bulgari heritage collection; Bulgari bib necklace, 1965, gold with emeralds, amethysts, turquoise, & diamonds, formerly in the collection of Lyn Revson.