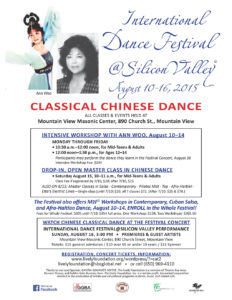 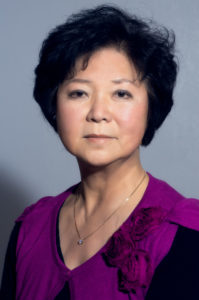 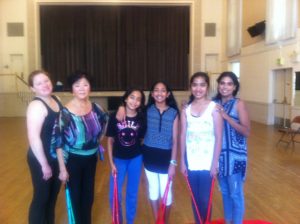 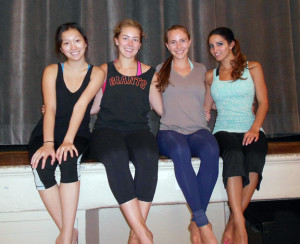 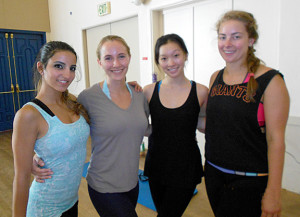 Chinese Performing Arts of America–CPAA–invited The Lively Foundation to present a dance in the 1st Silicon Valley Arts Showcase, July 26, 2-3:30 p.m., at CPAA’s International Performing Arts Center, 6148 Bollinger Road, San Jose. It is an honor and very exciting to be included. Four beautiful dancers will perform Face to Face, a dance choreographed by Leslie Friedman for the Adagio for English Horn & Strings by Mozart. A wonderful group of dancers has been rehearsing the dance every day; now, the performance is about to begin! The program will include both Chinese and Western music and dance. At the same site, there is also an exhibition of painting and calligraphy which opens July 25. Pictures: In rehearsal at the Mountain View Masonic Center, Mountain View, CA, onstage, L to R: Natalie Duong, Katy Walter, Laila Waheed, Leelianna Fezli; standing, L to R: Leelianna Fezli, Laila Waheed, Natalie Duong, Katy Walter.