The Lively Foundation is very sad that Mrs. Krystyna Maria Chciuk passed away in September. She was a lovely person and a friend to so many. Lively and its Artistic Director, Leslie Friedman know how fortunate we are to have known her. At the age of 15, she was sworn in to the Polish Resistance. It was something of an accident because she was really too young.  However, she stayed and became a Laczniczka, a courier. She took guns and messages from one side of Warsaw to another and also led soldiers across the occupied city. She participated in the Warsaw Uprising, 1944, and was captured by the Nazis. She was forced into Prisoner of War camps.

In 1945 she was freed from the camps and joined the Polish Army in Exile, in London. She met Mr. Wladyslaw Chciuk, a pilot. He had been a Captain in the Polish Air Force and flew with the RAF in the Polish Squadron. He was a Prisoner of War in Germany, 1943-45. They were married in 1951. In 1952, they came to the US, first living in Milwaukee and then moving to San Francisco. While working full time and caring for her family of three daughters and Mr. Chciuk, she devoted herself to preserving the Polish language and culture in her new home. She was the founder of the Lowiczanie Polish Folk Ensemble, teaching and directing the dances. She also was energetic in support of Polish Scouting and Polish Saturday language schools. As her daughters stated in her obituary, “we shared our mother with all of you more so than many people share a family member.” Pani Krystyna Chciuk contributed to the whole Bay Area through her integrity and kindness. She was always a shining light in our multi-cultural culture. She is greatly missed. 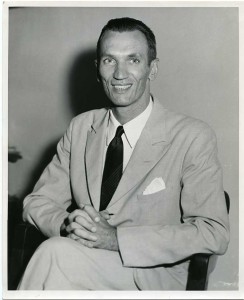 There is an exhibition about Jan Karski on display at the Veterans Building, in the Trophy Room, 401 Van Ness Ave., San Francisco Civic Center. It is open M-F, 11 a.m. – 5 p.m. Free admission. The last day is May 13.  Don’t wait. If you do know about Karski, you will want to see the photos and historical information about this great man. If you have never heard of him, you must take the time to “meet” him at this excellent exhibition. Jan Karski was the nom de guerre of a young, Polish officer in the Polish Home Army, the underground opposition to the Nazi occupation. He was directed to travel, in 1942, at the height of the annihilation, through the war in occupied Europe to tell the leaders of Great Britain and America about what was happening in Poland: mass murders on a scale so enormous no one could imagine it. In order to report honestly, he was smuggled into places where he could observe horrors, the Warsaw Ghetto, Lublin. He traveled to London. He traveled to Washington. No one believed him. Though he met with President Roosevelt and Supreme Court Justice Felix Frankfurter, they did not believe him. No action was taken on the facts he gave the free world. He stayed in Washington, D.C. and taught at Georgetown University for many years. 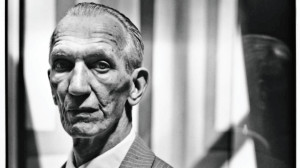 Jan Karski (1914-2000) married Pola Nirenska in 1965. She died tragically in 1992. She was a dancer whose family had been murdered in the Holocaust. In a speech, in 1981, given to American military officers who had liberated the concentration camps, he said that he had failed in his wartime mission, and so “thus I myself became a Jew. And just as my wife’s entire family was wiped out in the ghettos of Poland, in its concentration camps and crematoria–so have all the Jews who were slaughtered become my family. But I am a Christian Jew… I am a practicing Catholic…my faith tells me that the second original sin has been committed by humanity. This sin will haunt humanity to the end. And I want it to be so.” 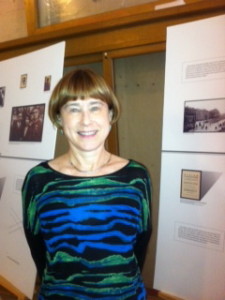 The Hedgehog’s hat is off to Maureen Mroczek Morris. She has worked on bringing this exhibition to San Francisco for about three years that we know of. Her vision and determination brought together other groups and individuals to introduce Jan Karski, this great hero of all humanity, to San Francisco. We salute Ms Morris and her father, Walter (Mroczek) Morris for making the exhibition possible. Organizing the volunteer docents at the exhibition, connecting with the organizations of Veterans and Polish history and culture, publicizing the event, the list of what it takes to put on the exhibition is very long. We are grateful that she cared enough to make it happen.  Here is a list of organizations which have been involved in various ways: