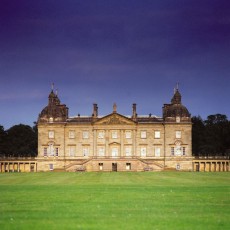 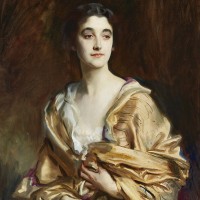 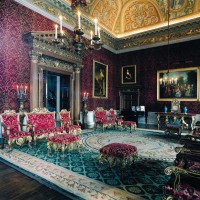 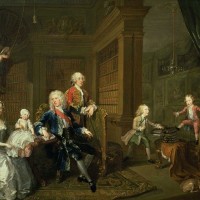 The opera Partenope: 6 characters, 3 hours and 20 minutes, Baroque opera by Handel. Turns out it is a laugh riot. What 21st century music lover who is not totally up on Baroque could guess that? San Francisco Opera’s production of Partenope, performed Oct.15-Nov. 2, 2014, was originally created by the English National Opera and Opera Australia. It traveled well. An attempt at a summary of the plot: Partenope loves Arsace, the cad who abandoned Rosmira. Rosmira, convincingly dressed as a man, shows up at the house party. She/he claims to be in love with P., too. Shy Armindo is madly in love with P., but she can barely see him. Emilio arrives and offers to marry P. She refuses. E. threatens war. P. asks A(Arsace). to lead her forces. The other men and “man” have their feelings hurt. Ormonte observes. That’s just the first 20 minutes or so. The voices of all the performers were outstanding. Two of the men sang countertenor roles; David Daniels as Arsace and Anthony Roth Costanzo as Armindo. Those voices are higher than the voices of the two females; it’s just one layer of Handel’s satire of operatic conventions of his time. Daniels and Roth Costanzo were wonderful performers. Arsace’s emotions ranged from ardent suitor to dejected reject. Armindo, amazed by Partenope’s sudden declaration of love, breaks into a tap dance with top hat and cane on top of his nightie. Daniela Mack as Rosmira/Eurimene is conniving, passionate, heartbroken while in excellent voice. Danielle de Niese as Partenope, the Queen Bee to whom all the energy of the others is devoted, is more than an opera singer. She moves with the grace and assurance of a dancer thoroughly at home moving on stage. Her statuesque form plus her engaging presence showed that Handel was correct to make an opera all about her. It is a funny opera.Would we have missed the satire without the toilet paper? Director Christopher Alden packed the 200 minutes with sight gags including potty jokes. Emilio is interrupted by a sound; is it water? oh, no, it is a toilet flushing. Partenope walks out a door revealing a toilet. Emilio, sung by Alek Shrader with authority and a self-satirizing awareness, sings while hanging from the bathroom’s transom, makes hand shadows as though at camp, and executes a hilarious yoga routine. The set designed by Andrew Lieberman adds another star to the cast. The winding staircase in Act I is not only gorgeous but also gives Armindo an opportunity to show that he can fall down all the stairs–face down–and hang from the edge while still singing. A great addition to SFO’s repertory, it suggests one get out there to see more of Handel’s operas, maybe even this one in another production to see if Handel’s own humor is still there. Pictures: (L to Rt, top row)Danielle de Niese, David Daniels, Alek Shrader, Anthony Roth Costanzo, Daniela Mack(bottom row) Philippe Sly, staircase, Danielle de Niese.

From 1990-2007, The Lively Foundation presented BAT TALES! annually in San Francisco and around the Bay Area. The program included premiere dances, theatre, original songs–all about bats. Most were based on legends about bats from many cultures; some based on legends we made up. Lucy & the Count: the Bat Ballet was choreographed for music by award winning composer, Jon Deak; Mine Bat, a two part solo dance was set to a story by Leslie Friedman and music by English composer Jonathan Harvey. Mine Bat was based on an article written by famed nature writer, William Stolzenburg. The article appeared in Nature Conservancy, the magazine of the international organization, the Nature Conservancy. Mr. Stolzenburg then wrote about Ms Friedman’s dance and story in another Nature Conservancy article. “At the time I first presented Lucy & the Count, with the Bat being the hero, no one paid any attention to bats. The whole program might have been considered wildly eccentric. Bats were only thought of as scary creatures getting caught in some lady’s hair,” says choreographer, Ms Friedman, “but now there is more consciousness of their beauty and their enormous contributions to human well being.” Lively’s annual performances contributed to the raising of that consciousness. Here’s the good news for all of us and especially for the bats: Bat Conservation International (based in Austin, TX) and The Nature Conservancy have managed to buy more than 1500 acres adjacent to Bracken Cave, near San Antonio. That land was going to be developed into many, many houses and other structures which would have meant curtains for the bats in Bracken Cave, home to the world’s largest population of Mexican Free-tailed bats. Millions of bats fly out of the cave at night to hunt insects. The bats are the most efficient pest control in the world. In the summer, the Bracken bats eat 140 TONS of insects EACH NIGHT. Throughout the US, bats save farmers about $23 billion in crop damage and reduced pesticide use. Three cheers for BCI, the Nature Conservancy and the BATS!!! It’s the best Halloween treat of all. Pictures courtesy BCI: Bats emerging from Bracken Cave, a bat visiting an agave. see also: www.nature.org  and  batcon.org  and   www.williamstolzenburg.com   and www.jonathanharveycomposer.com  and  www.jondeak.com