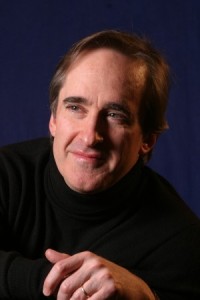 James Conlon led the San Francisco Symphony in a bracing, thought provoking, thoroughly satisfying performance, June 11, at Davies Symphony Hall. The varied program included Sinfonia da Requiem, Op.20 (1940), by Benjamin Britten; Piano Concerto No. 22 in E-flat Maj., K. 482 (1785), by Mozart; Symphony No.8 in G maj., Op. 88 (1889), by Antonin Dvorak. In addition to great works from the 18th, 19th, and 20th centuries, the selections offered a range of emotions and connections to human experience. The SF Symphony seemed completely in synch with Maestro Conlon. Bravo Bravo Bravo–one for each performance. And Bravo times two to the SFS and James Conlon. 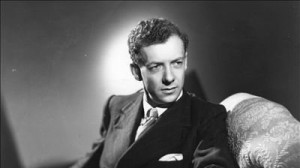 Before beginning the Sinfonia da Requiem, Maestro Conlon addressed the audience to explain the origin of the composition. The Japanese government sought a European composer to create music for the celebration of the Imperial family’s 2600th anniversary as the ruling dynasty. The British Council, cultural arm of British diplomacy, approached Britten. Although Britten had been assured that he need not write nationalistic bombast, the Japanese rejected the Sinfonia. Britten had come to the US in 1939, the fateful, desperate year. Though far away, Britten was deeply distressed by of war across Europe and Asia. James Conlon concluded his remarks by observing that the Sinfonia was a requiem for the culture that was destroyed by the war. His voice caught a bit as he said this; it is plain that Conlon felt deeply the horrors of the war and the permanence of loss.  This is a great, surprising work in three movements, each named for Christian liturgy. Lacrymosa, the first, comes from a medieval hymn describing the Day of Judgment: “Lamentable is that day on which guilty man shall arise from the ashes to be judged.” There is nothing comforting about it; it has a driving, percussive force and cries from a saxophone. Without pause, the second movement, Dies irae begins. It is an irregular dance, fast and harsh. One might remember depictions of the dance of death in medieval art, but, sadly, it is not necessary to search art history to find meaningful connections. The final movement’s title, Requiem aeternam, comes from the Mass for the Dead: “Grant them eternal rest, O Lord, and let everlasting light shine upon them.” Phrases for flutes and horns alternate; chords from harps, clarinets and strings build fervently. All grows quieter and fades to eternity. 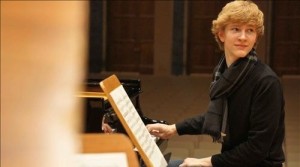 Jan Lisiecki was the soloist for Mozart’s Concerto. A twenty-one year old phenomenon, his mastery of the lovely Mozart work was secure and admirable. The concerto is notable, in addition to the brilliance of the piano, for the clarinets which Mozart included for the first time in a concerto. This work has everything that delights in a Mozart concerto: complexity of design and also complexity of feeling. While there are dashing themes and splendid allegros, it poses formal, spritely 18th century dances along with the sweetness of life in music. 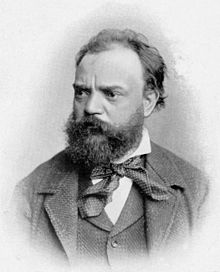 Closing the concert with Dvorak’s 8th Symphony was a gesture of affirmation. It is a compact work which gains power through compression. There are joyful, happy sounds of birds, dance rhythms, music which seems to pour directly from nature. Yet, despite the cheer, there is a sigh of awareness that this beauty is fragile. As the last movement, Allegro non troppo, rounds through music of our natural world, the listener senses a smile from Dvorak. There is strife and sadness, but we still enjoy the birdsong. The Hedgehog is grateful to James M. Keller for this quotation from Czech conductor, Rafael Kubelk, when rehearsing this Symphony: “Gentlemen, in Bohemia the trumpets never call to battle–they always call to the dance!”   James Conlon is Music Director of the Los Angeles Opera, Principal Conductor of the RAI National Symphony Orchestra, Torino, Italy; he has also been Music Director of the Ravinia Festival and Principal Conductor of the Paris National Opera. He first performed with the SFS, 1978. FOR MORE HEDGEHOG HIGHLIGHTS on Mozart, please see April 26, 2016, Hilary Hahn, violinist, playing Mozart’s Sonata in G maj. K379 (373 a), and Oct. 4, 2015, Andras Schiff, pianist, playing Mozart’s Sonata in D maj. for Piano, K.576. Pictures, from top: James Conlon, Jan Lisiecki, Antonin Dvorak.